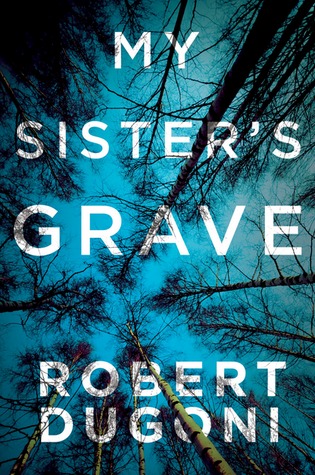 Tracy Crosswhite has spent twenty years questioning the facts surrounding her sister Sarah’s disappearance and the murder trial that followed. She doesn’t believe that Edmund House — a convicted rapist and the man condemned for Sarah’s murder — is the guilty party. Motivated by the opportunity to obtain real justice, Tracy became a homicide detective with the Seattle PD and dedicated her life to tracking down killers.

When Sarah’s remains are finally discovered near their hometown in the northern Cascade mountains of Washington State, Tracy is determined to get the answers she’s been seeking. As she searches for the real killer, she unearths dark, long-kept secrets that will forever change her relationship to her past — and open the door to deadly danger.

I picked up a copy of My Sister’s Grave after reading a review over at Bibliophile Book Club and, as there was a deal on Amazon, couldn’t think of a better book to spend my money on.  I am always a little nervous when I do this as sometimes the books aren’t as good as I thought they might be (it’s all so subjective book reviewing and reading after all) and my expectations were fairly high.

The first few chapters, I have to say, didn’t help the nerves as I struggled to find the flow of the book and really get into it.  Then, about four chapters in, something clicked and I started enjoying reading (I also said phew!).  What I liked more than anything was Tracey.  She was a complicated character but a good person and her love of her sister and her inability to have gotten over her death came through loud and clear.  It drove all her actions and made her very real.

Of course, it also made her blind to just what she might be doing.  She was so single minded, so focused, that she doesn’t see the danger when it rears it’s head.  For the reader, though, that’s a good thing as it cranks up the tension – and there is plenty of that.  At first you don’t feel it, it’s a slow build and very well done.  I felt like I was going in one direction only to then find I had been completely mis-led and was completely turned around.  I really like it when a book does this.  It leaves me feeling satisfied.

For the first in the series, this was a really good start.  It is well written, with a pace that builds, and Tracey is well-rounded, as are the secondary characters.  I found myself caring for her and what happened to her.  I wanted it all to work out well.  Whether it did or not, you will have to find out for yourself but I do recommend you giving it a go – I liked this one a lot.

15 thoughts on “My Sister’s Grave by Robert Dugoni”