This week, I’m linking up again with Diane at Bibliophile by the Sea who hosts a post every Tuesday for people to share the first chapter / paragraph of the book they are reading, or thinking of reading soon. In really enjoy these tasters when I read them on other blogs so wanted to join in.

This week, the intro isn’t from a book I’m about to read but one I read on my holidays and that I plan on posting a review for shortly – The Highway by C. J. Box.  It is another of those books that sat on my kindle for ages before guilt made me finally start reading.  Here’s what it’s about… 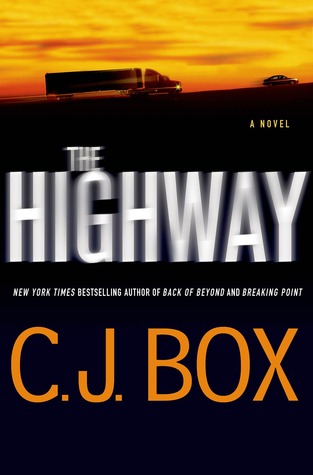 When two sisters set out across a remote stretch of Montana road to visit their friend, little do they know it will be the last time anyone might ever hear from them again. The girls — and their car — simply vanish.  Former police investigator Cody Hoyt has just lost his job and has fallen off the wagon after a long stretch of sobriety.  Convinced by his son and his former rookie partner, Cassie Dewell, he begins the drive south to the girls’ last known location.  As Cody makes his way to the remote stretch of Montana highway where they went missing, Cassie discovers that Gracie and Danielle Sullivan aren’t the first girls who have disappeared fin this area.  This majestic landscape is the hunting ground for a killer whose viciousness is outmatched only by his intelligence.  And he might not be working alone.  Time is running out for Gracie and Danielle…Can Cassie overcome her doubts and lack of experience and use her innate skill?   Can Cody Hoyt battle his own demons and find this killer before another victim vanishes on the highway?

And here’s how it starts…

Lewis and Clark County Montana Sheriff’s Department Investigator Cassandra Dewell winced when a pair of headlights broke over a rise onto a long treeless bench in the foothills of the Big Belt Mountains north of Helena.  She was on the worst assignment of her nascent career, and she hoped it would be a failure. If she was successful, her partner – a dark legend, her mentor, named Cody Hoyt – would likely lose his job and go to prison.

What do you think? Would you keep reading?

26 thoughts on “Tuesday Intro: The Highway by CJ Box”